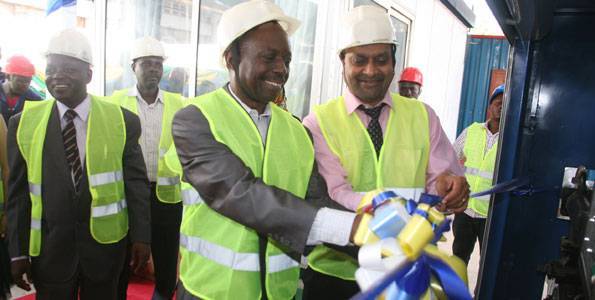 On October 4, 2014, there was a ceremonial opening of the first in Tanzania bitumen emulsion plant, fully equipped with GlobeCore equipment. The gravity of the occasion was evidenced by the fact that the vice-president of the rural and urban road construction industry of the United Republic of Tanzania – Hassan Matimbe – was present at this ceremonial opening.  He together with the representatives of the company Gratian Nshekanabo (managing director) and Prashant Patel (general director) cut the ceremonial ribbon. Great hopes are pinned on a new production facility in Tanzania. In particular, Gratian Nshekanabo mentioned: “We are proud that the first bitumen emulsion production plant in Tanzania was constructed according to the best world standards and on the basis of world’s experience. And it means that bitumen emulsion, produced on such equipment fully complies with all international and regional standards.  The application of ‘cold technologies’ will change completely our approaches to the road construction and maintenance.” 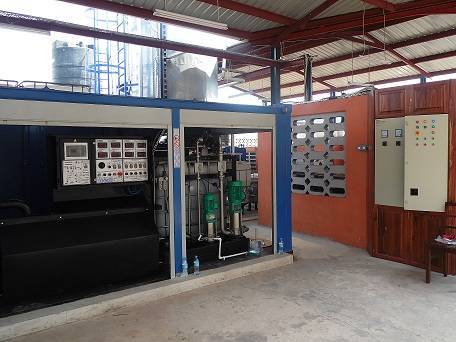 Mr Hassan Matimbe told that the opening ofthe bitumen-emulsion plant is a great step to industrialize Tanzania.  In addition, import of bitumen emulsion will be significantly reduced. But this ceremonial opening was preceded by a thorough examination of  bitumen production equipment, available in the hi-tech market. Only after that, preference was given to the equipment, produced by GlobeCore.

This website uses cookies to improve your experience. We'll assume you're ok with this, but you can opt-out if you wish. Read More

This website uses cookies so that we can provide you with the best user experience possible. Cookie information is stored in your browser and performs functions such as recognising you when you return to our website and helping our team to understand which sections of the website you find most interesting and useful.

Strictly Necessary Cookie should be enabled at all times so that we can save your preferences for cookie settings.

If you disable this cookie, we will not be able to save your preferences. This means that every time you visit this website you will need to enable or disable cookies again.